What would you do if you got a call from a Professional NHRA drag racer and the star of Fast N Loud, Richard Rawlings wanting a cool custom Big Rig? For us, the answer was: “Heck yeah! We would love to build you a custom truck!” There was only one little set back in the whole deal. Like everything that happens on Fast N Loud, they needed a truck in a ridiculous time crunch. We had a task set out before us to build this one of a kind Peterbilt 389 in only seven days!

The first day of the truck build a small army comprised of Fitzgerald’s best guys would attack the project full speed. The entire truck needed to be disassembled right down to its frame rails, prepped for paint and then rolled it into the booth. “Day one everyone was feeling really accomplished. All the guys really worked hard to get the truck apart. I was just hoping everyone could keep that pace up for seven days including myself,” said Robert Fitzgerald. All the different vendors stepped up to the plate getting a lot of the parts needed that the Fitzgeralds did not already have in stock for the build. Day two the shop floor was riddled with lots of unique one off parts. “A project like this takes a dedicated team fueled by passion. This goes for our vendors as well as all the team members at Fitzgerald,” said Tommy Fitzgerald Jr.

Over the next few days, the entire team had to push through the aches and pains of fatigue mixed with some sleep deprivation. And if it wasn’t enough to build a truck in seven days, the crew from SignSmith out of Crossville, Tennessee had to completely remove the old trailer wrap and install a the new wrap design just in time to head to Texas. “Good thing we all love what we do. Building cool trucks and taking on some crazy deadlines are all just part of the fun!” said Brian Bourke. To complete the build within the tight deadline, many days turned into nights. Over the course of the 7 day build it's estimated there were over 1,200 man hours invested into the project. As the build was getting closer to completion the truck earned its nickname “Lucky #7”.  Having 7 days to build a truck, the fact that all the lights were done in a series of seven and, let's face it, anything racing requires a lot of skill and hard work but you need a little luck on your side to boot.

WATCH THE VIDEO AND SEE FIRST HAND JUST WHAT IT TAKES TO BUILD A TRUCK LIKE THIS IN ONLY 7 DAYS.

Arriving from Indiana on Wednesday morning, Brian Davis and his crew from Davis Bros. came down to help layout the paint scheme designed by Brian Bourke. By Wednesday night, the truck was prepped and rolled into the paint booth, awaiting its bright green and black accents. With detailed planning, no wasted motion and great coordination with reliable specialty suppliers, the work progressed smoothly.

On Thursday morning, final reassembly commenced. With a combined team of 10 from Fitzgerald Glider Kits and FCR, the truck took its final form over the next few days and rolled out just in time for the trip to Dallas for its debut appearance at Gas Monkey Garage. When the truck rolled in, the guys from Fast N’ Loud along with Alex and Kenny Laughlin laid eyes on this beauty for the first time. 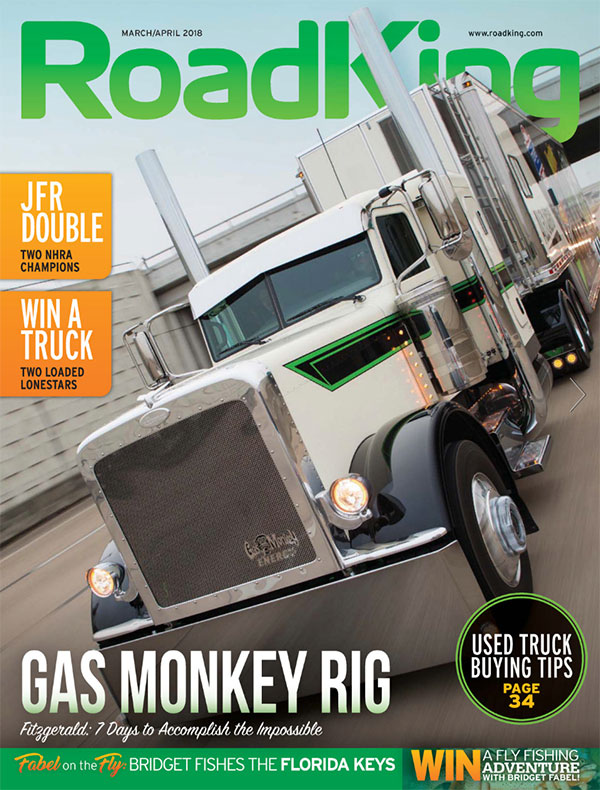 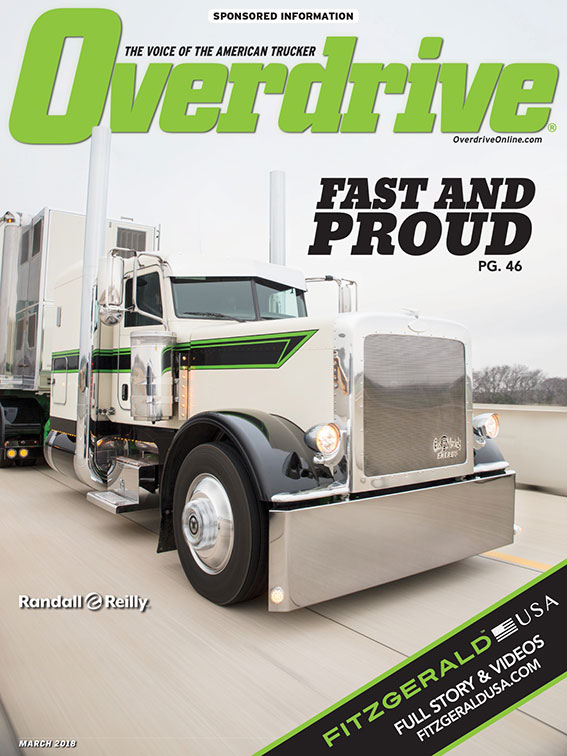 Richard Rawlings, owner of Gas Monkey Garage and star of “Fast N’ Loud,”  said his shop builds cars and knew nothing about building trucks. After doing some research on who could build a customized truck, he settled on Fitzgerald. “We have been doing NHRA for a few years now, and it was time for us to do a rig,” Rawlings said.

“We did a little research because we don’t do trucks, and we found Fitzgerald is the best in the business.” Richard Rawlings

When Fitzgerald delivered the rig, Rawlings was impressed with the speedy, high-quality work. “They told me they’d get it done, and they did,” he said. “It just really pulled off the whole Gas Monkey style.” 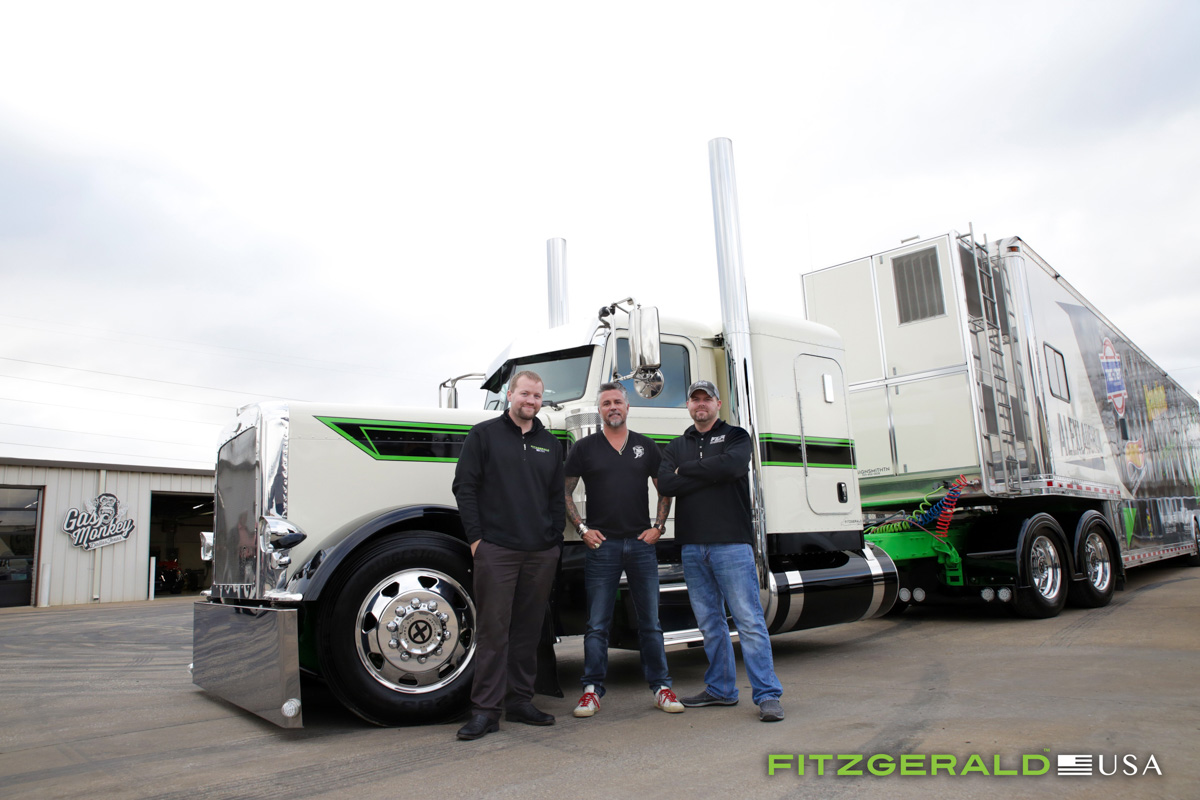 We did a little research because we don’t do trucks, and we found Fitzgerald is the best in the business

We just love the new rig Fitzgerald’s built for us, it’s the baddest set up in the pits hands down. Myself and the entire race team are proud of this truck and trailer combo 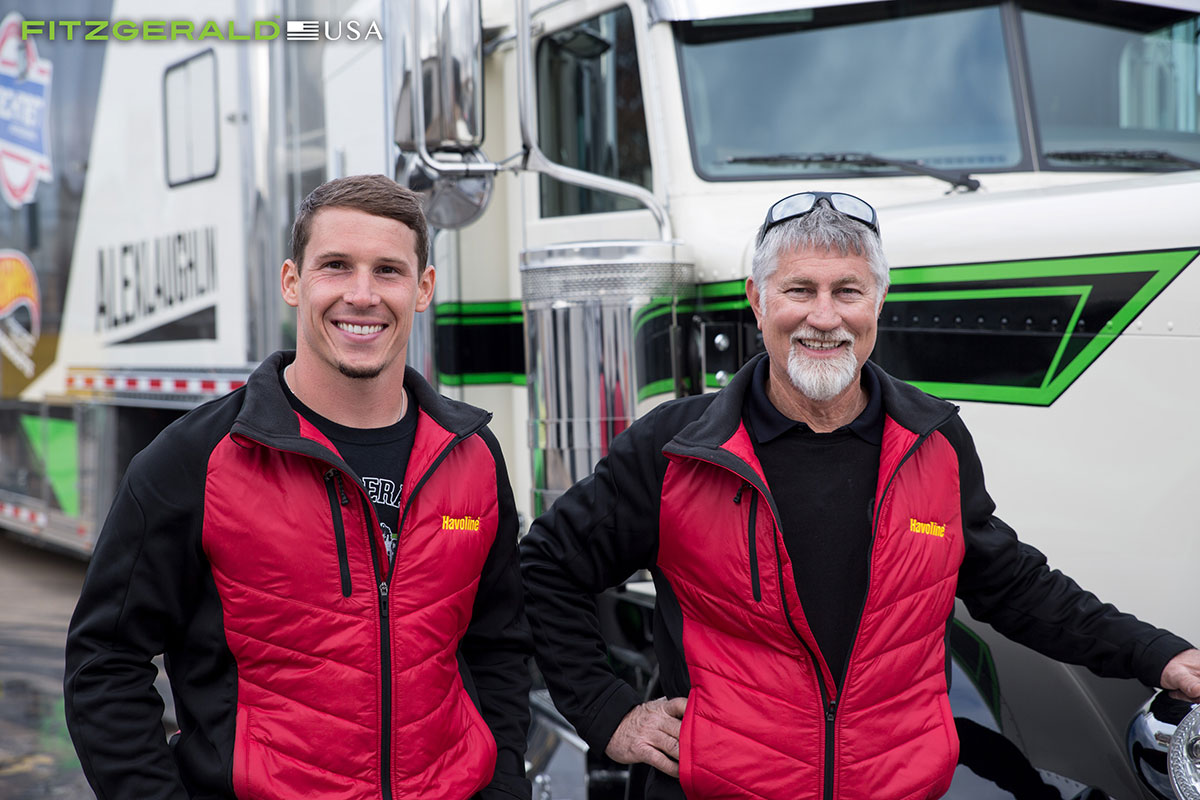 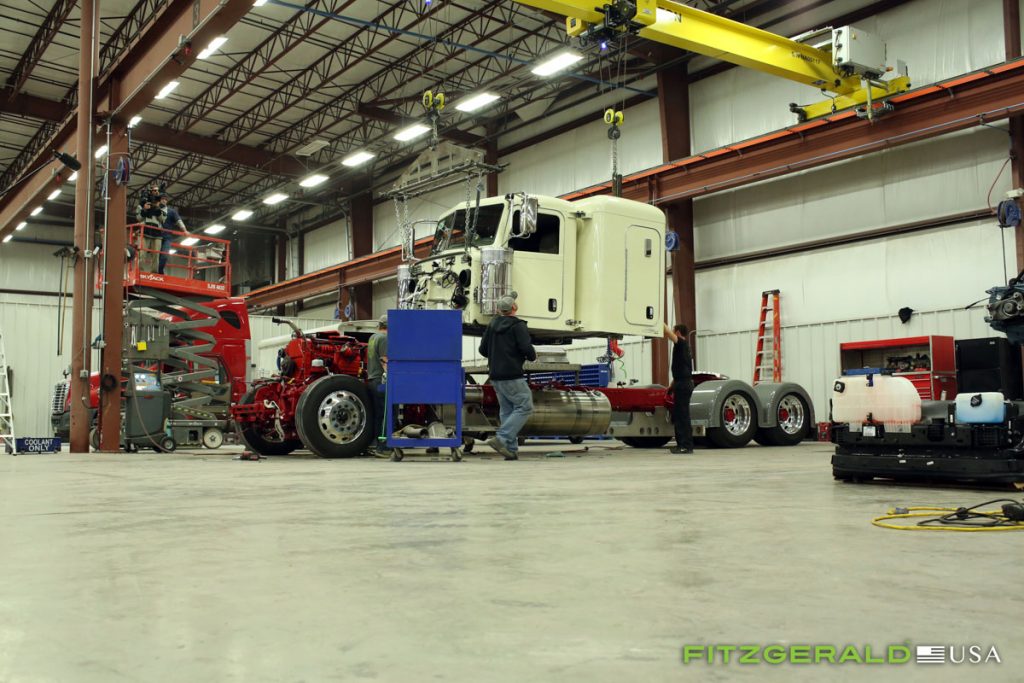 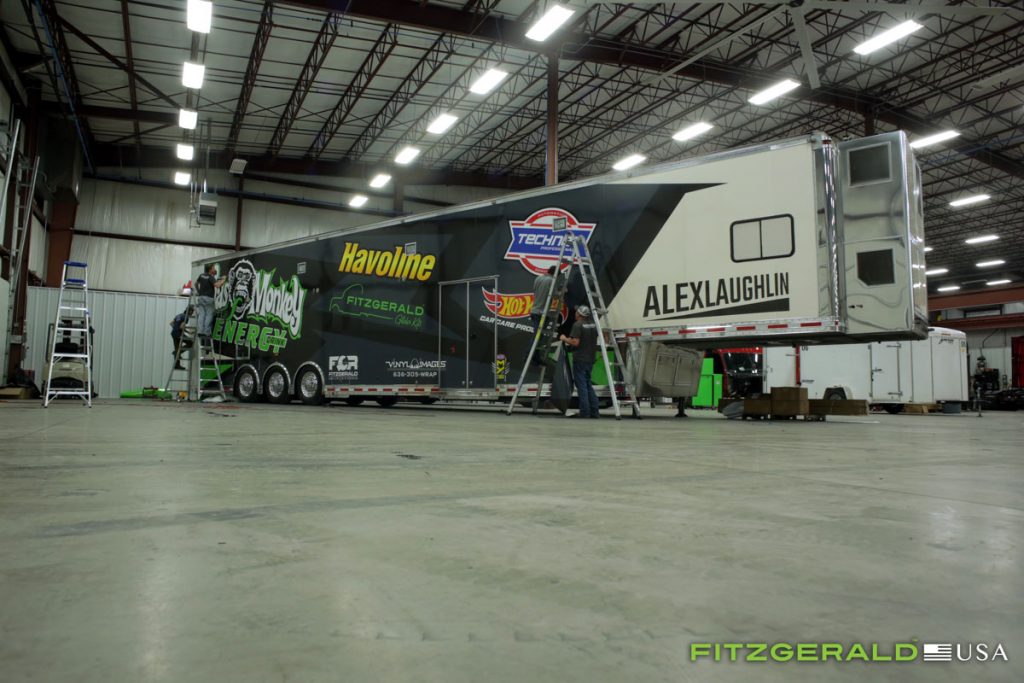 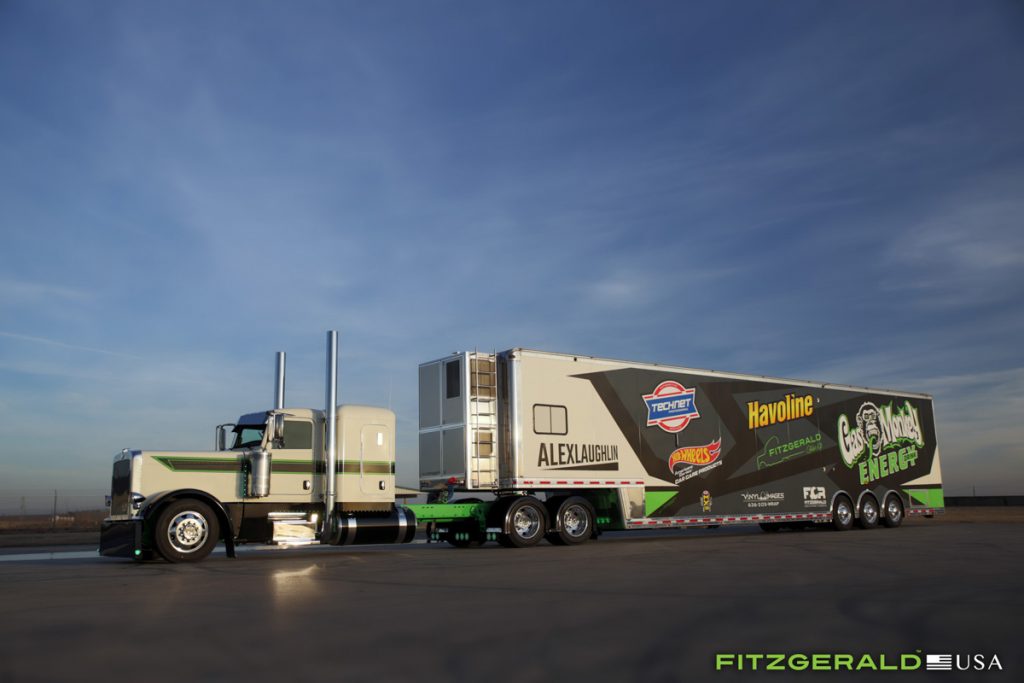 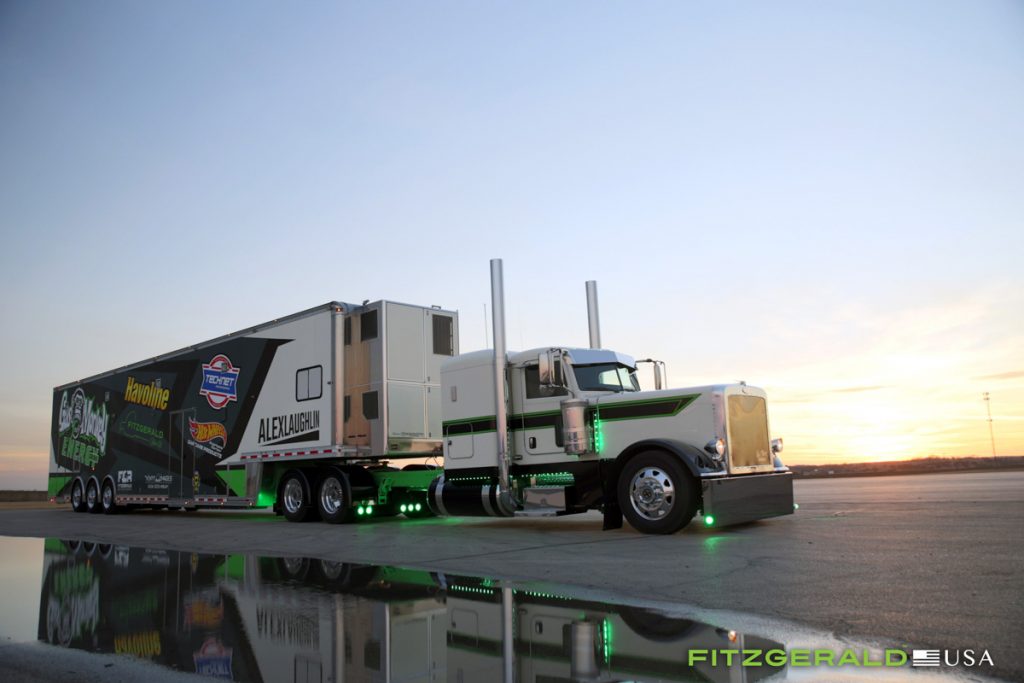 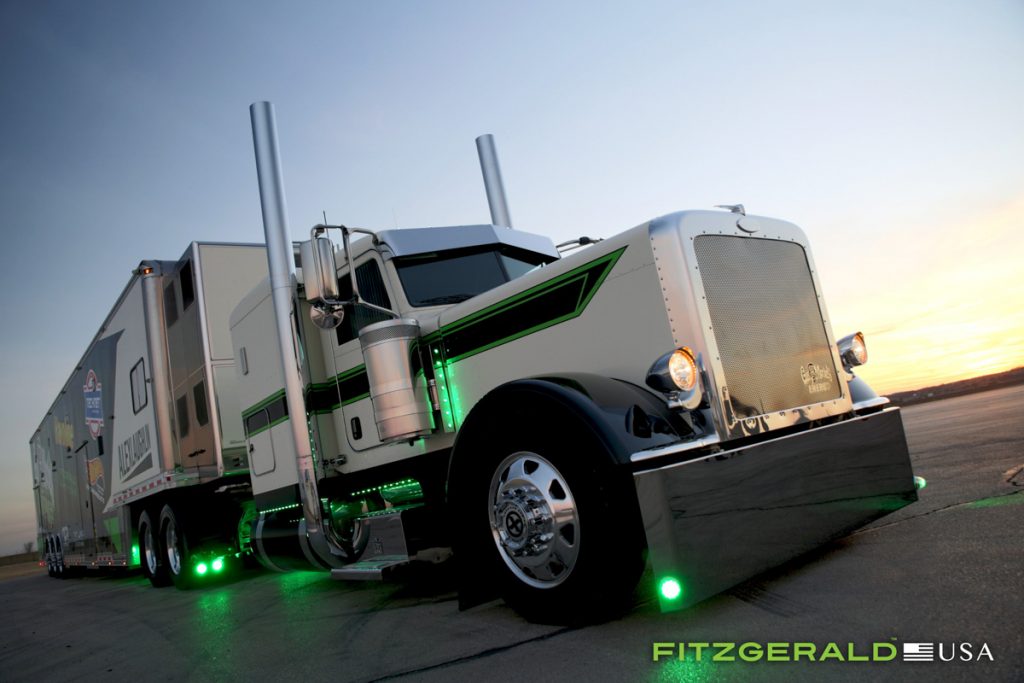 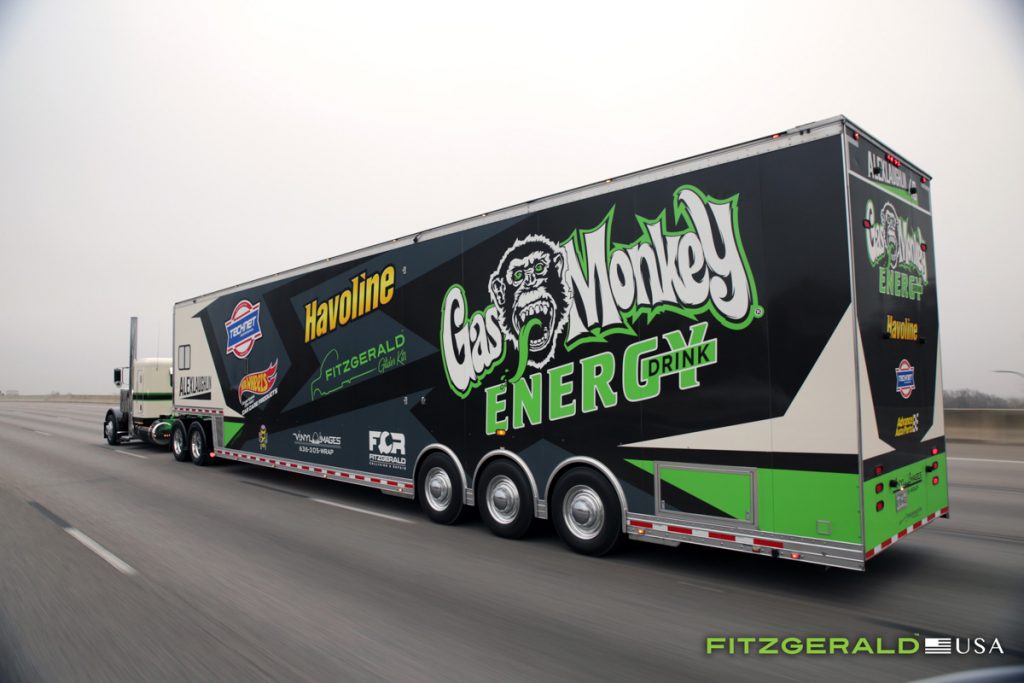 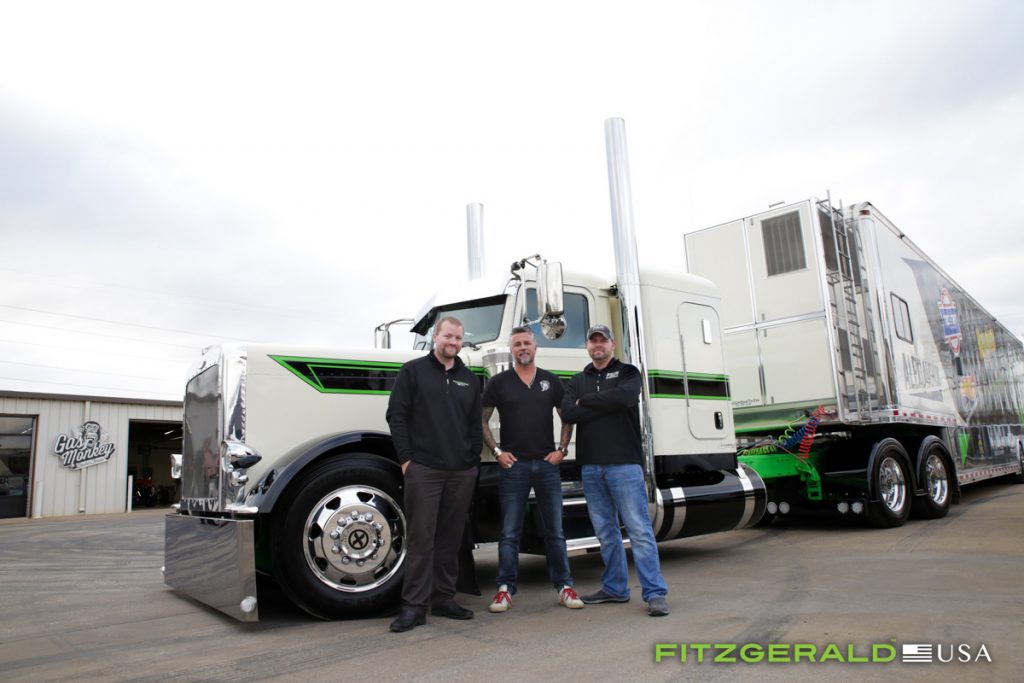 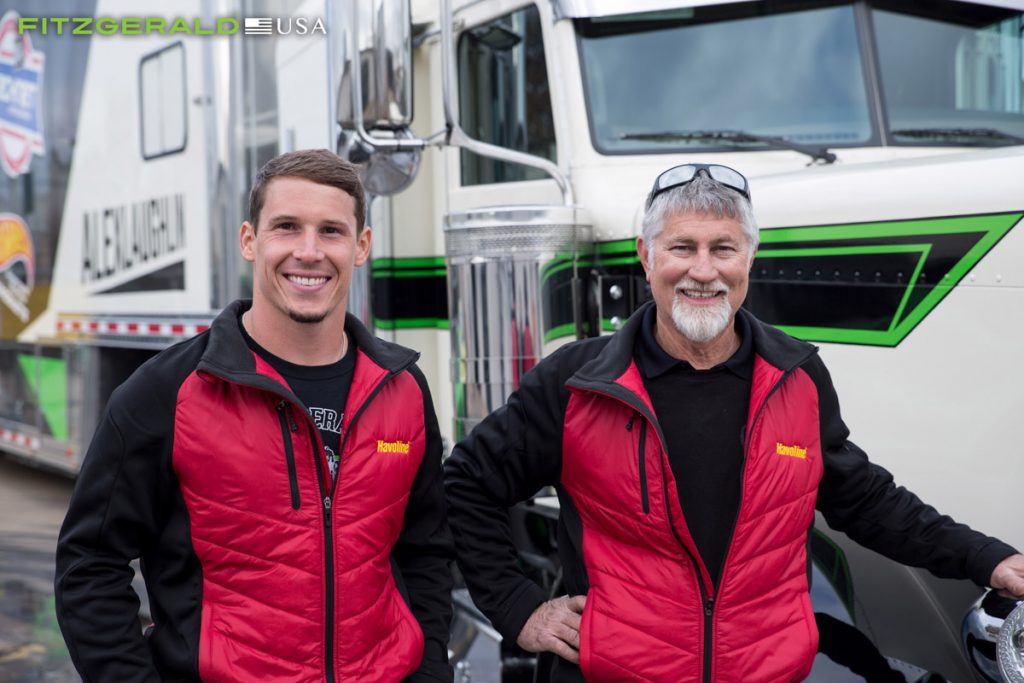 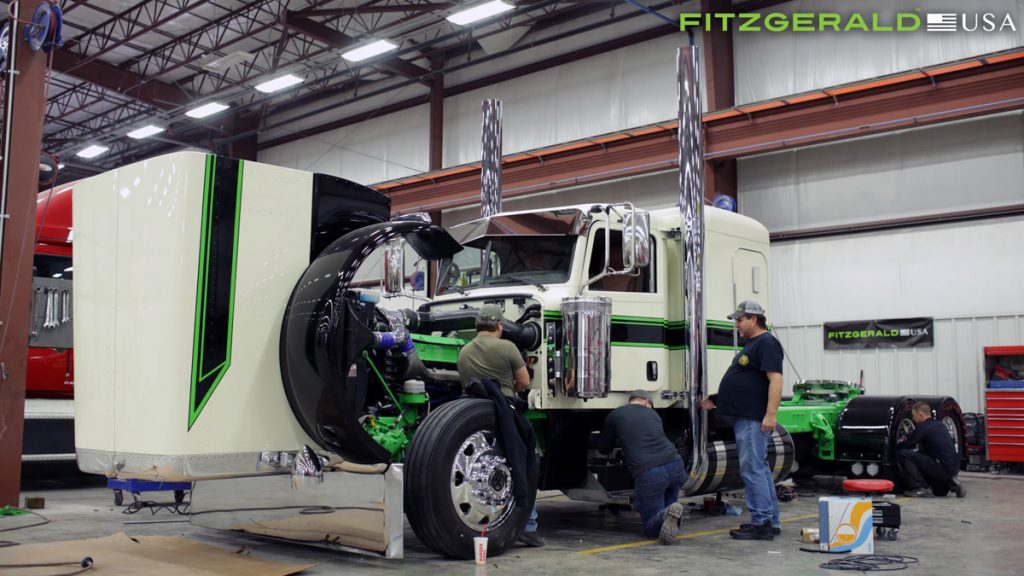 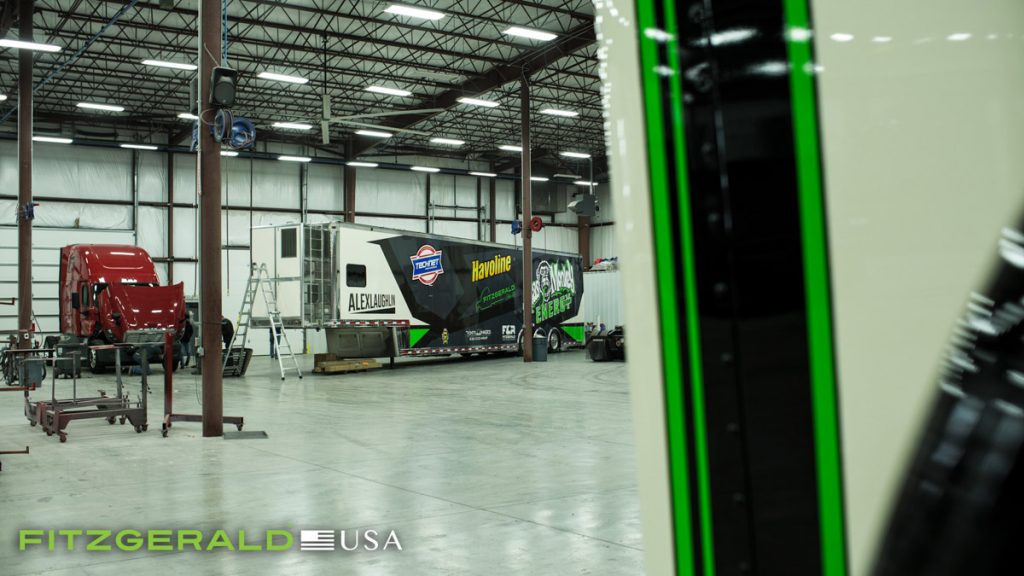 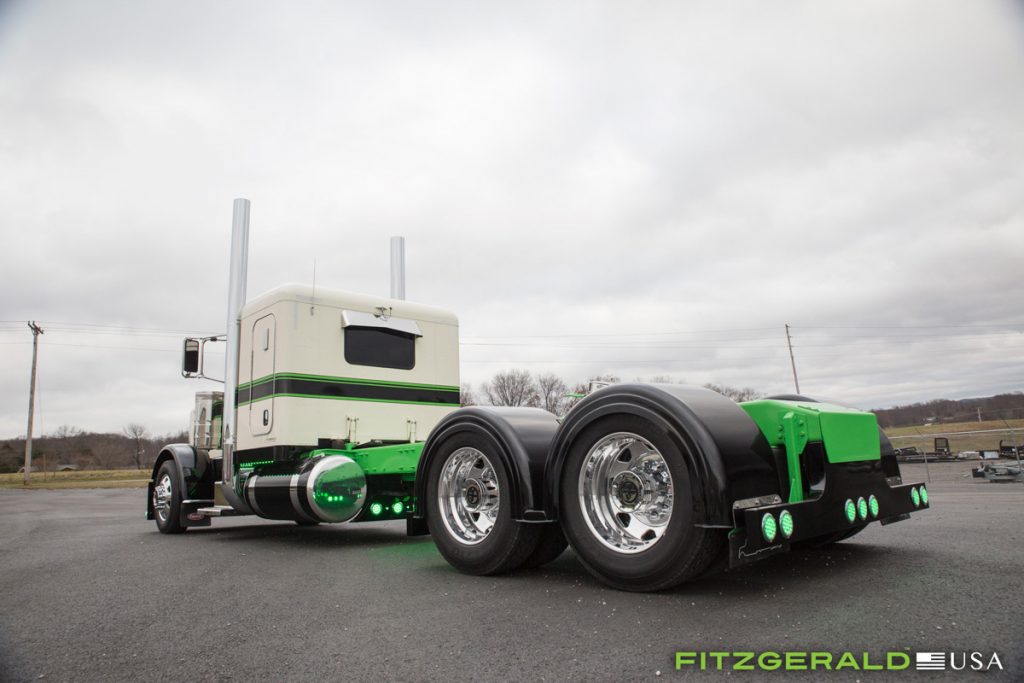 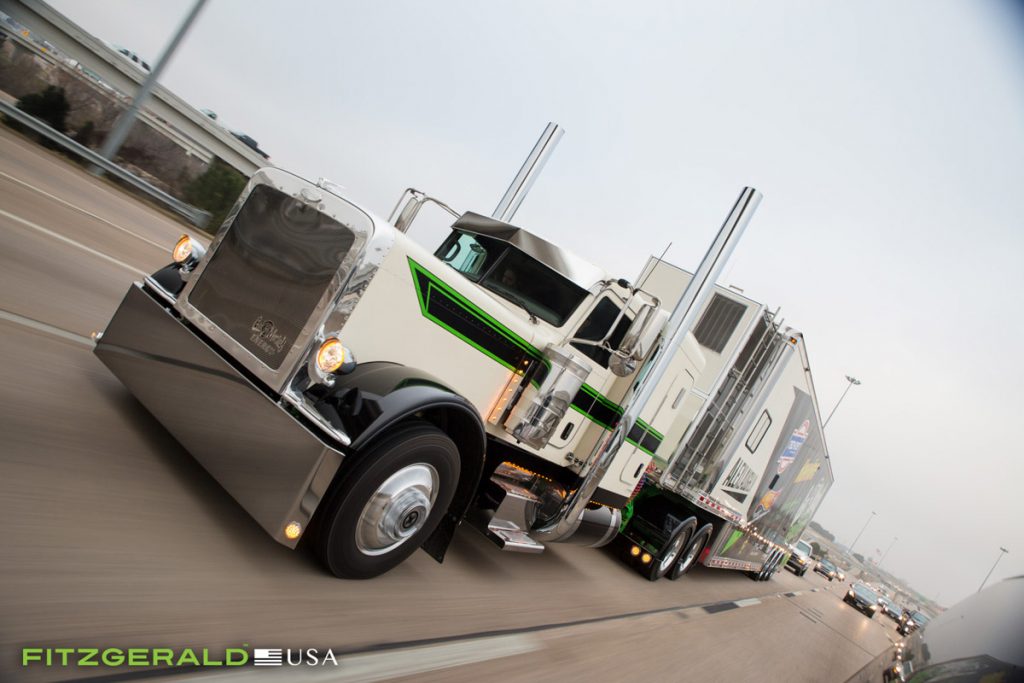 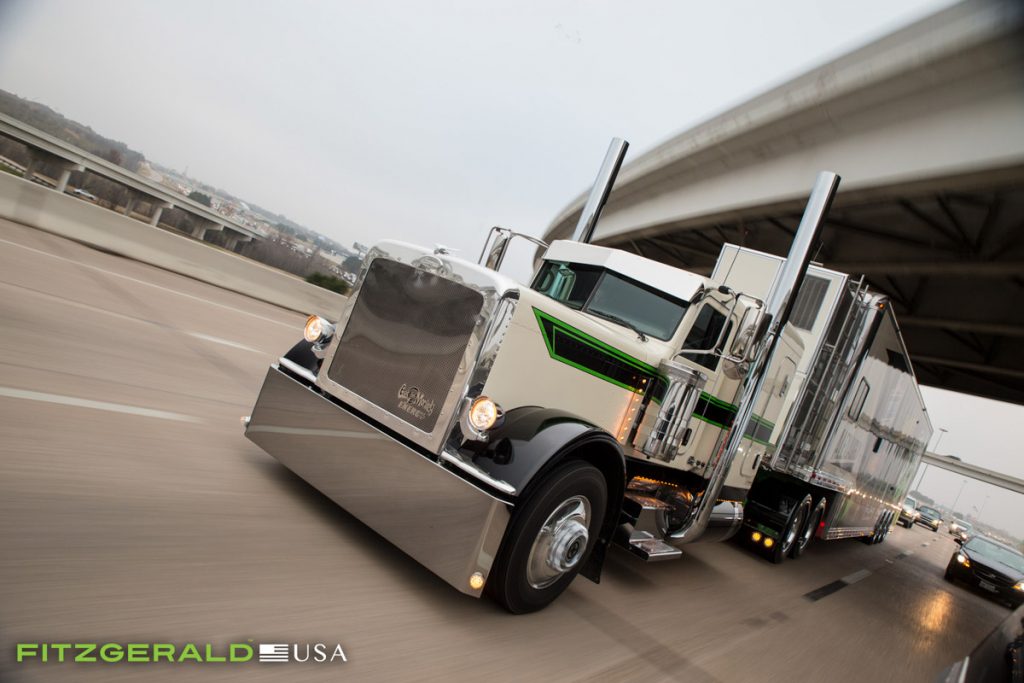 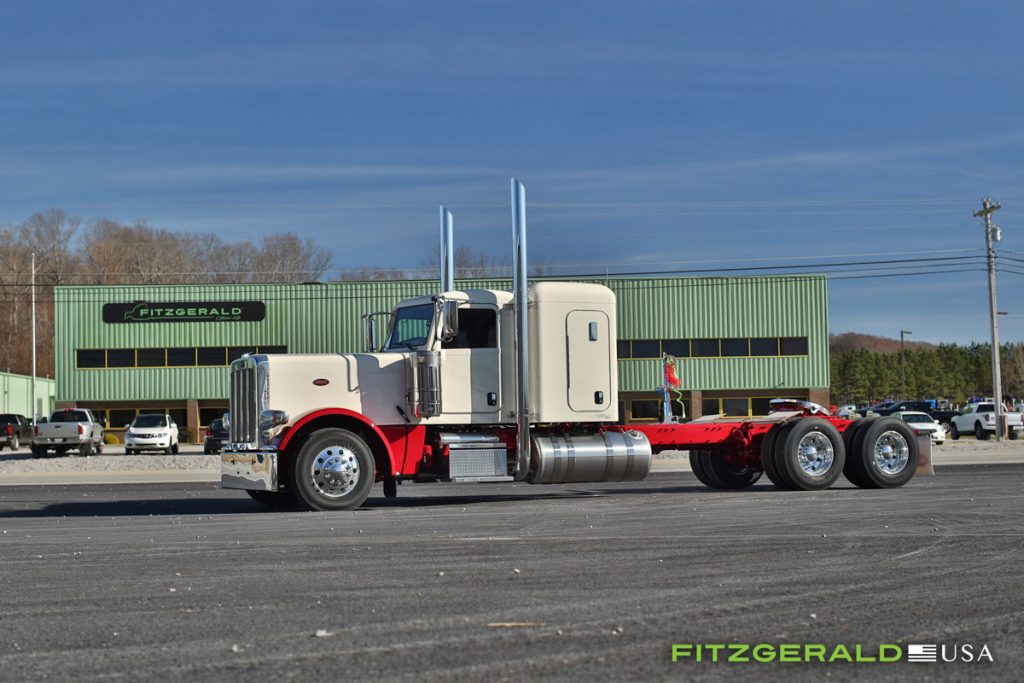 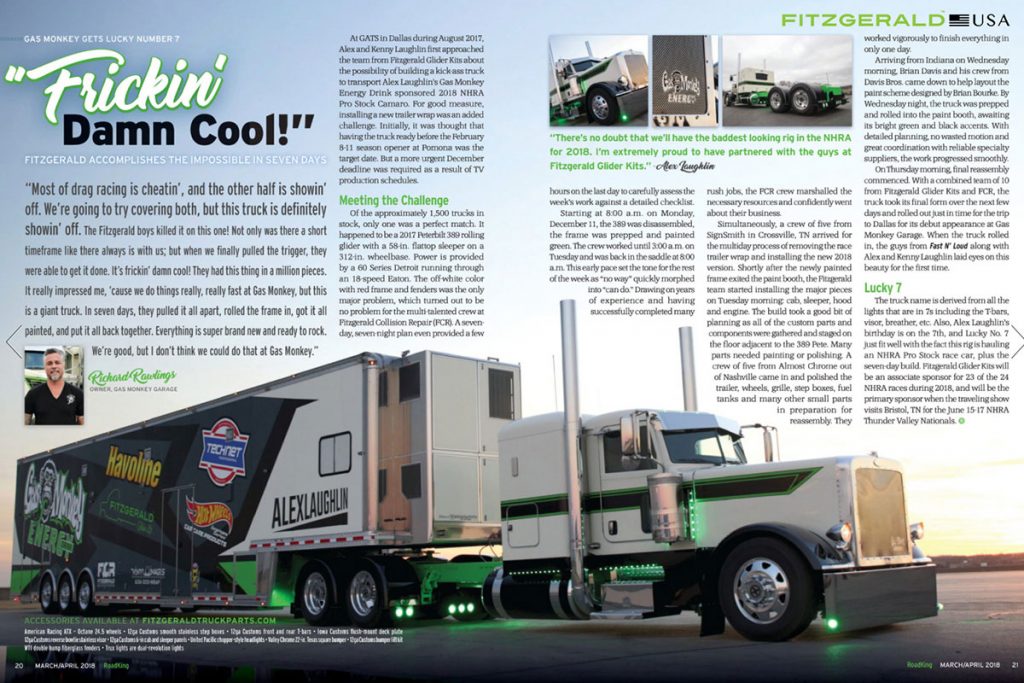 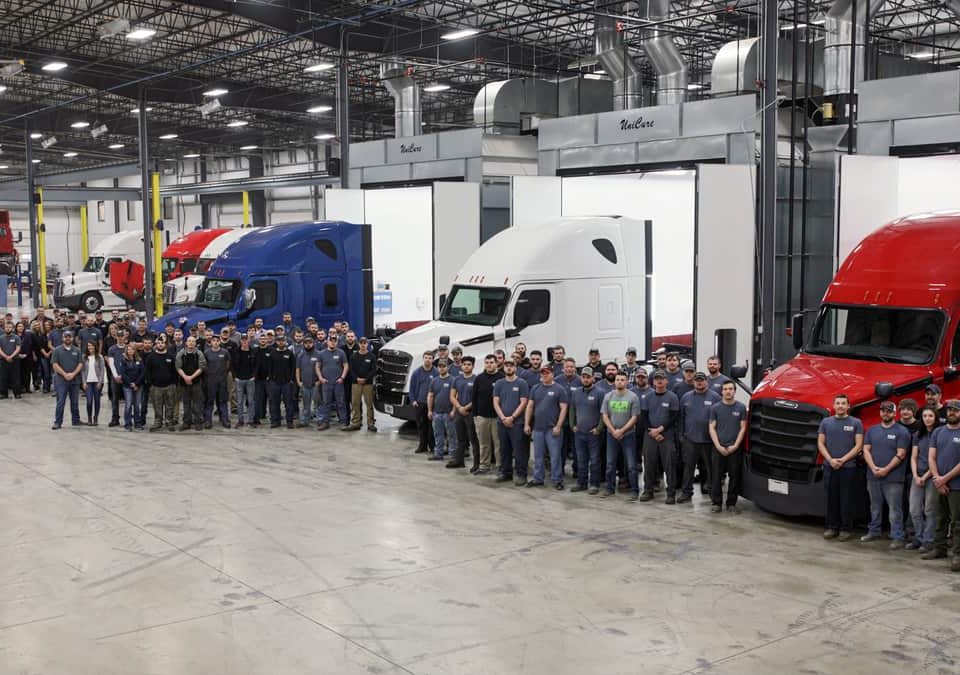